For years, I have been asking my patients if they have a history of head and neck injuries including, car accidents, falls, times where they have been knocked unconscious, had a concussion or stitches to their head.

Why does a past injury matter?

When accidents and injuries tear loose the connective tissue that holds the spine in place it creates a weakness, which can cause the spine to break down and lock into a stressed position.

The area of the body that is the most vulnerable to injury and has the most far reaching effects is the upper neck. The top bone in the spine, the atlas sits right underneath the skull and when the tissues around it become stretched and damaged the weight of the head can be shifted from center. 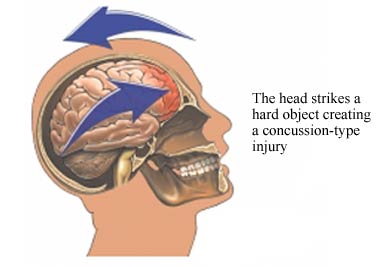 The problem is now the head is slightly off center and the spine must adapt to that position by often twisting and turning the remaining structure of the spine. This can lead to tilting of the shoulders, the hips and imbalance all the way down to the legs leading to an unequal distribution of weight.

Body imbalance can lead to a variety of different health problems, but frequently has the same root cause…

The original head or neck injury created a misalignment of the Atlas bone at the base of the skull which led to the subsequent problems with the structure of the body, nerve and blood flow from the brain to the body.

Here is a great example from a recent research article published in the Journal of Upper Cervical Chiropractic Research ~ January 6, 2011

A 23-year-old female patient presented for upper cervical carefive months after a slip and fall that resulted in a concussion. The patient presented with symptoms of vertigo and headaches consistent with post concussion syndrome. The patient had a longstanding history of headaches that were exacerbated by the concussion and a new complaint of positional vertigo that occurred immediately following the trauma. Significant body imbalances were noted including a leg length difference. Specific Upper Cervical X-rays demonstrated an upper cervical misalignment.

She began to receive Upper Cervical Specific Chiropractic careand the headache and vertigo was gone immediately following the first adjustment. Post X-Ray evaluation showed a significant improvement in the alignment of the head and neck. The follow up examination the following day revealed a significant decrease in muscles spasm in the neck and the legs were balanced.

The patient’s fourth visit was two weeks following the first adjustment and at that time the patient reported a slight nagging headache had begun earlier that day, rated at 2/10, but she did not have any symptoms of vertigo. The patient’s care was continued on a frequency of twice per month for evaluations and progress monitoring. She was evaluated with Atlas Orthogonal protocol for necessity of adjustment and her symptoms were monitored at every evaluation. She continued to report a complete resolution of vertigo and intermittent headaches rated as 2/10 that occurred at an average of two hours/day.

Who do you know that has had a concussion? Do they have a chronic health problem? Is there head/neck misalignment and interference in brain to body communication limiting the ability for you to heal?

Only an upper cervical doctor could tell you.

(Editor’s note: Remember the objective of upper cervical care is to correct head neck misalignment that is interfering with proper brain to body communication. When this is corrected the body functions at a higher level and can often correct other problems more efficiently on its own. Please do not confuse upper cervical care as a treatment for concussion, headaches, vertigo or any other condition, disease or symptom. This is also a more in depth post of one that I posted previously. Thanks to Dr. Bill Davis for this more in depth look.)Adapted from: Do concussions cause chronic headaches and vertigo?

As adapted from The Upper Cervical Blog
Reposted by Dr. Travis Robertson